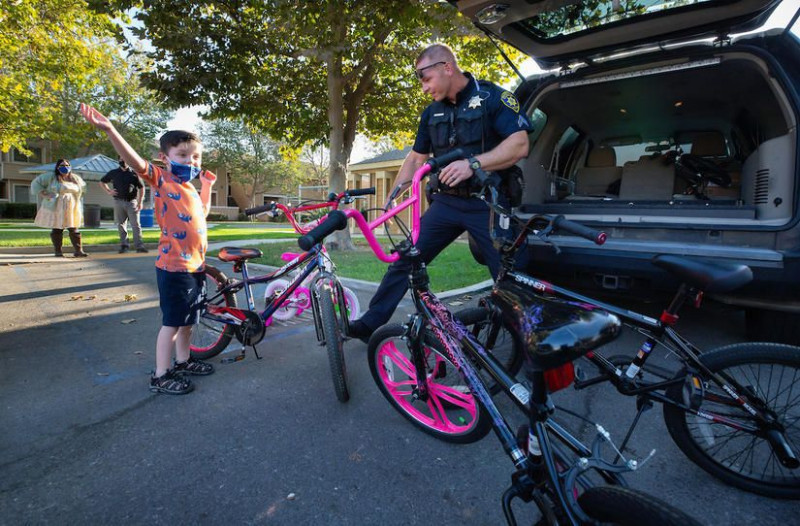 During their visit, officers learned the student residents had been wanting to create a bike-share program for their children. UCR’s Police Department made it a priority and reached into their own pockets to gather $500. On Friday, Sept. 17, they donated eight bicycles, helmets, and locks.

Officer Paul Dombrowski led the effort and purchased a couple gently used bikes on OfferUp, refurbished them himself, and then shopped around for smaller bikes and equipment.

On Friday, eight officers went to Oban Family Housing’s playground and surprised the kids with the bikes. Parents appreciated the gifts, as well as the half dozen pizzas the officers took to share.

“These are UCR undergraduate and graduate students working hard at being students and parents,” Freese said. “We were glad to help. Having the bikes gives their little ones something fun to do inside their community. UCPD is committed to the entire campus community and is always looking for ways to reach out and support.”

NEP IS A UNION WORKPLACE!